Writer and expert / Posted on

If you’re looking for a moisturising cream that really packs an invigorating punch, look no further than this citrus-filled Aesop mandaring facial cream. Presented in Aesop’s signature amber glass bottle, this hydrating cream has quickly earned a place in our favourites list. Read on to discover why we’ve been won over by it…

What’s so special about this Aesop mandarin facial cream?

The citrus botanicals in this hydrating facial cream really do stand out, giving it a zingy, refreshing feel that wakes you up and leaves you feeling fresh and ready to face the world. There are extracts of mandarin, tangerine and lemon verbena in there, in a blend that hits just the right note of freshness and vitality.

The richly hydrating cream is perfectly suited for dry to combination skin, or some oily skins during the cooler months, and it quickly penetrates the skin, leaving no greasiness or heaviness. Your skin feels replenished and invigorated, and you can really see the difference after a short time using it. We recommend trying this as part of a full Aesop cleanse, tone and moisturise routine to get the very best out the Aesop experience.

Those citrus notes mean that this is a facial cream that works just as well for guys as it does for women. In fact, Aesop’s whole skincare range is perfectly suited for guys that care about their skin, just as much as it is for women who want to look after their appearance with a botanically-based product set.  The Aesop mandarin facial cream is quickly and easily absorbed into the skin, and it leaves a fresh, clean scent that isn’t in any way overwhelming.

Aesop might not be known as a global giant of the skincare world, but this Australian company has been around since the late 1980s, and it has a loyal fan base around the world. The pared-back, clinical branding of its products reinforces its research-based, innovative approach to product development. Take the Aesop mandarin facial cream, for example – it’s the perfect blend of traditional botanical and herbal knowledge with modern scientific tech. This disciplined approach can be seen in every product in the range, and the results speak for themselves.

If you’ve yet to be won over by Aesop, why not switch your daily skincare routine over to Aesop products, including the Aesop mandarin facial cream, to give this brand the chance to prove itself to you? 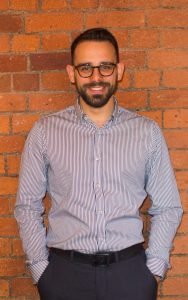